As you can see in the graph below Eagle, Idaho real estate sales are higher this year than they were in 2011 and 2012. In October there were 58 homes sold in Eagle compared to 52 sold in October of the previous year. That’s an 11% increase, which shows sales are continuing to increase in a stabilized market. At the peak of the market in July of this year, 72 homes were sold in Eagle, which is a 111% increase from 2012. It then slightly decreased for a couple of months, which is normal in late summer. It has since then picked back up this Fall. 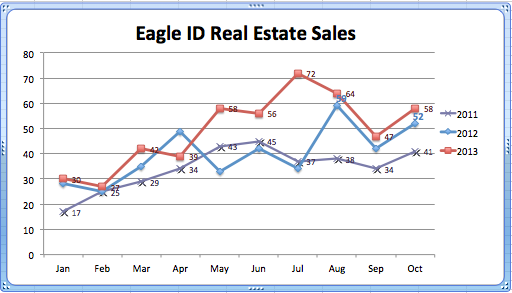 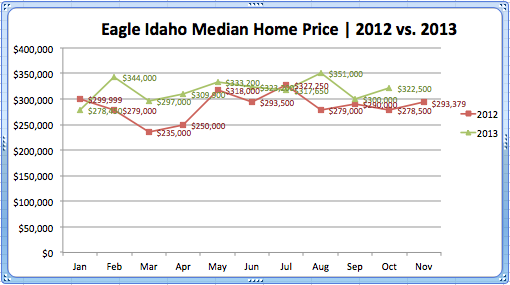 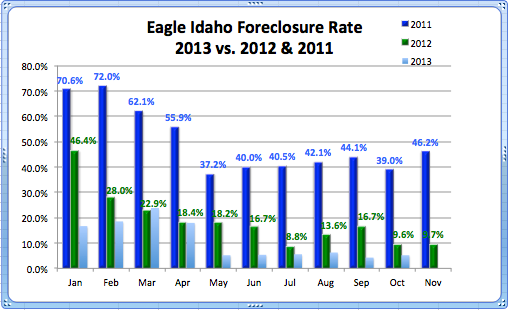