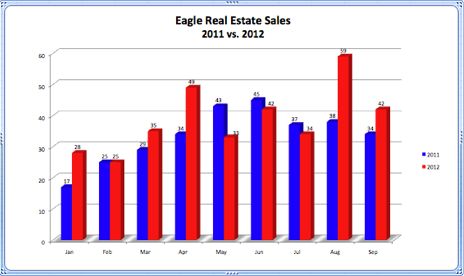 While the number of home sales in Eagle has gone up, the number of foreclosures has gone down from a year ago.  For example, the foreclosure market share in Sep. 2012 accounted for 16.7% of the Eagle ID real estate sales.  In September 2011, approximately 44% of the sales were foreclosures.  When referring to foreclosures we are talking about bank-owned homes, short sales, and HUD homes.

The same pattern holds true for every month this year compared to last year.  Foreclosures hit their lowest point this year in Eagle during the month of July at 8.8%.  But, they have remained at a steady rate since April 2012.  You can see the entire year-over-year comparison in the graph below. 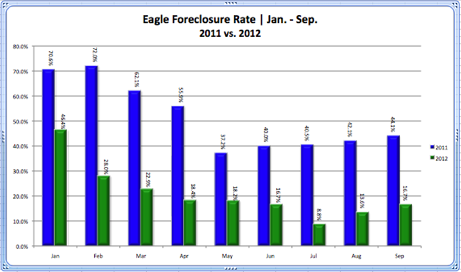